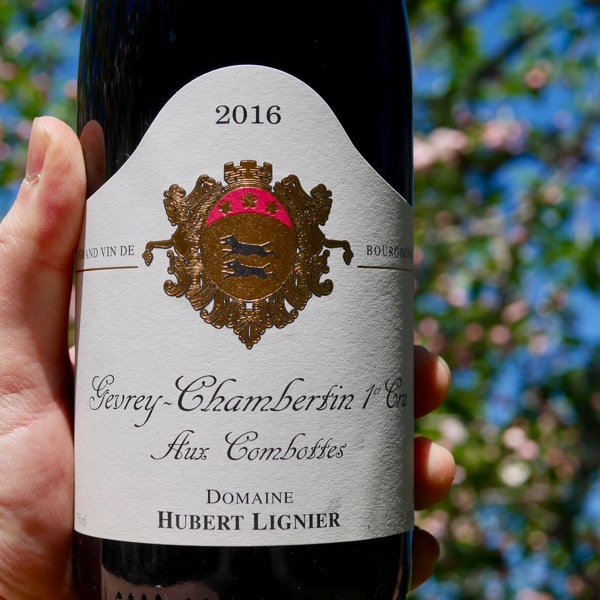 Area: 15 ares; vines planted in 1957.
This 3-hectare terroir is surrounded by 3 Grands Crus: Latricières Chambertin to the north, Charmes Chambertin to the east and Clos de la Roche on its southern and western sides. The soil, lying on a gentle slope, is composed of sand, clay and silt.
The wines are concentrated and elegant, deep and complex. This vineyard produces wines that are a little closed when young, but with age blossom.

25% vendange entier; this parcel is located next to Lignier's Clos de la Roche but the soil is more sandy and less rocky. Good dark red. Complex aromas of cherry, raspberry, menthol and licorice complicated by a suggestion of saline minerality. Dense, deep, sappy wine with lovely finesse of texture but also an impression of power to its flavors of plum, cherry and salty minerals. This is balanced from the start but has the stuffing to age slowly. (Incidentally, there's no more Gevrey-Chambertin La Perrière, as the vineyard owner sold these vines after a ten-year fermage arrangement with the Ligniers expired.)