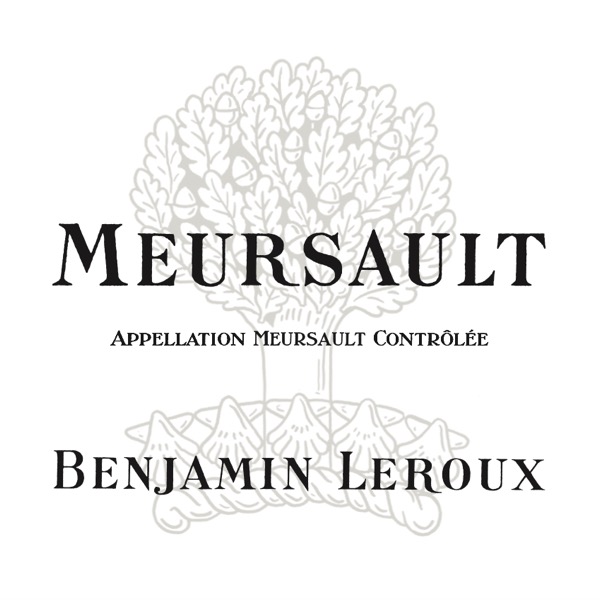 The 2015 is a succulent, layered, glowing wine that is very fine and pure and multilayered with a salty tang.

2015 marks the second vintage of the ‘Estate’ Meursault, exclusively from Benjamin Leroux vineyards. It comes from a range of lieux-dits – Les Millerands, Bois de Blagny, Les Criots and Au Moulin Landin – which combine for a total of 1.6 hectares. The oldest vines again date back to 1946, and the high elevation of Leroux’s terroirs make for a particularly tightly wound mineral wine. Only 10% of this saw new oak and the viticulture across the parcels is now biodynamic. The result is a succulent, layered, glowing wine that is very fine and pure and multilayered with a salty tang. It reminds us of Leroux’s (delicious) 2009 version of this wine.

“You may remember that when I asked Allen Meadows, aka Burghound, on this video who he thought might be a natural heir to the late great Henri Jayer of Burgundy, one of the two people he cited was young Benjamin Leroux of Domaine Comte Armand.” Jancis Robinson

“Leroux’s passion, ambition and sheer talent have already resulted in a number of stunning, beautiful wines, but my sense is that the best is yet to come.”  Wine Advocate # 194 May 2011

“I have never heard a more articulate and insightful presentation.” James Halliday on the Leroux 2008s Masterclass with Benjamin Leroux, The Australian, 11th September 2010.

Benjamin Leroux, previously manager/winemaker of Domaine Comte Armand launched his own label with the 2007 vintage. He works from a brand new winery in the center of Beaune (just off the Boulevard) that he shares with Dominique Lafon and two other wine growers. The operation is very small and will eventually specialise, primarily, in Puligny and Volnay, but with many other appellations also covered. While there are over twenty terroirs produced, this is certainly a ‘micro negociant’ operation with only two to five barrels made of most of the cuvees. Leroux works with vineyards he manages, vineyards he owns and also buys fruit (never juice or wine) from growers with who he can work closely; growers that produce the quality of fruit to match Leroux’s exacting standards.

Leroux’s vision has always been to build an Estate and to this end he has already started buying vineyards. The first stage of his evolution however has been to establish the micro negociant business: a phase that has allowed him to establish a winery and refine his ideas and his understanding of the terroirs with which he wants to work. The way Leroux has structured this side of his business is highly innovative. His aim has been to create the same quality standards of the finest Domaines, despite not owning most of the vineyards. He has long-term relationships with the growers that he works with, some of which he pays by the area of land rather than the quantity of fruit harvested. This allows him to dictate lower yields, ripeness, date of harvest, and so on. He only works with high quality growers who plough or do not use herbicides or pesticides. Most are organic or biodynamic. For those that are not there is an understanding that they will move to organics over a five-year period. Leroux’s knowledge of the Côte is encyclopedic and he has been able to unearth some very interesting, previously hardly known sources for his portfolio. It’s important not to underestimate how close Leroux works these growers as that is one of the keys to his ability to coax the finest fruit quality from the vineyards.

A total of 120 barrels were produced in his first vintage, 2007 and some of the cuvees offered had already been produced by Leroux for a number of years at Comte Armand. These wines have now come across to the Benjamin Leroux label. Leroux is considered one of the most gifted and knowledgeable wine growers in all of the Côte d’Or.

Leroux is considered one of the most gifted and knowledgeable wine growers in all of the Côte d’Or. It only suffices to ask any other serious producer about Leroux to realize the respect he has garnered amongst his colleagues in the region. He was always considered a prodigy, studying at the Lycée Viticole in Beaune from the age of 13 and taking the reins at the esteemed Domaine Comte Armand when he was only 26. Leroux’s success with the Domaine’s wines over the last decade has well justified the decision to appoint such a young man to run the show. He continued to manage Comte Armand until 2014, despite now having his own range of wines (another sign of how well respected he is). While his range includes many famous terroirs, Leroux is determined only to work with vineyards that have been well managed and produce outstanding fruit, regardless of whether or not they have famous names. This makes sense, Leroux’s knowledge of Burgundy’s countless terroirs runs deep and producers like him are waking up the wine world to the fact that the reputation of many Côte d’Or vineyards has as much to do with the producers who work them than any intrinsic qualities of the sites themselves.

A Review of the 2015 Vintage for Benjamin Leroux

“As the ratings and commentaries demonstrate, 2015 was a first-rate vintage for Leroux. However, I was particularly impressed with some of the villages level wines as they box well above their respective weight class in the appellation hierarchy.” Allen Meadows, Burghound

“I will leave the [2015] tasting notes to do the talking. There are some exceptional wines here that rank alongside the illustrious names of Burgundy. He certainly has the gift of touch that seems to elevate everything from village crus to grand crus.” Neal Martin, The Wine Advocate

There’s been a lot of hype about the reds in 2015, completely justified, and tasting Benjamin Leroux’s wines from cask has provided its fair share of breathtaking moments. All the wines were a joy to taste early. It will be fascinating to compare them from bottle. There is a lot of power but also tremendous freshness and purity (in both reds and whites). One of the big talking points this year is bound to be Leroux’s return to his old stomping ground in Pommard. For many years Leroux has said it would take a pretty special offer to bring him back to the village where he honed his craft as the young prodigy at Comte Armand. He appears to have found just the motivation in his favoured 1er of Rugiens, on the same iron rich red clay as the Clos des Epeneaux. There’s also a Pommard village cuvée this year—so the right kind of lightning struck twice in 2015.

The Pommard wines aside, there are a number of new cuvées offered this year, although we also say goodbye to a number of wines as well – the Vosne Suchots being a prime example.

In terms of the vinifications, those parcels with ripe stems saw a high degree of whole bunch ferments this year. Not only was this to help preserve freshness, Leroux also noted that, “whole clusters allows you to extract a little less and the stems suck up a bit of sugar and alcohol, and the tannins are smoother.” Another feature this year was that Leroux pulled back on punch downs (pigeage), a theme we have seen with many top Burgundy growers. I have the feeling that Burgundy has learnt the lesson of 2005 – in a year where power is a given, a gentle extraction is best.

The 2015 white wines here are also extremely impressive. Leroux rapidly picked all the white parcels between 2-6 September, and there’s ample, vibrant acidity (alongside surprisingly pungent minerality in many cases) to buffer the supple flesh of the vintage. Since we tasted the whites from barrel, Leroux has noted an increased focus and tension as the wines continued their maturation. For the most part he took the whites out of barrel after 12 months and put them to tank on lees (for the last six months). Leroux likes the added freshness that a little controlled reduction approach can bring. He’s in good company; the likes of Antoine Jobard, Vincent Dancer and Olivier Lamy said exactly the same thing to us this year. Another feature of his approach with 2015 (that Leroux again shares with the aforementioned growers) is how little new oak he has used across both colours. The village whites, for example, saw only between 0% and 15%. Even the powerful terroirs like Bâtard, Clos de la Roche and Clos Saint-Denis saw less than 50%. For the entry-level whites Leroux is using more and more 1200 litre ovals and the Bourgogne rouge is now raised in giant, Beaujolais-style five thousand litre casks.

“Pale, bright yellow. Sexy ripe stone fruits and nutmeg on the nose and palate, plus a complicating leesy note. Rich, plush and mouthfilling but not heavy thanks to nicely integrated acidity. In fact, this village wine offers lovely balance and finishes firm and classically dry. Perhaps the best of Leroux’s village wines in 2015.”

“There is an interesting hint of brown butter to the hazelnut and white orchard fruit-scented nose. Once again there is a lovely sense of energy present on the forward but sleek and relatively refined medium-bodied flavors that possess good if not truly special depth and persistence on the balanced finish.”