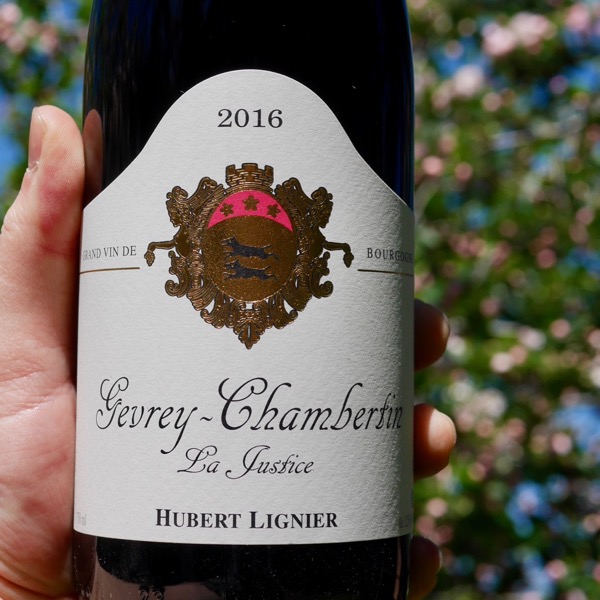 Vines planted in 1987 on an area of 25 ares
Purchase of grapes from this vineyard, planted over a gravel pit with good draining soil, since 2009. When the summer is hot and dry, the vine suffers from lack of water supply. The wines are characterized by their elegance, delicacy and the softness of their tannins.

Laurent Lignier said suffered from some hydric stress in 2016; this was the only wine he chaptalized in '16, from 12.3% to 12.8%. Bright, moderately saturated red. Cherry and raspberry aromas are complicated by herbs, smoke, licorice and soil tones. Offers good texture and a touch of sweetness but less flavor depth than the Chambolle-Musigny Les Bussières. In a rather soft style, conveying an impression of lowish acidity and finishing with a salty element.