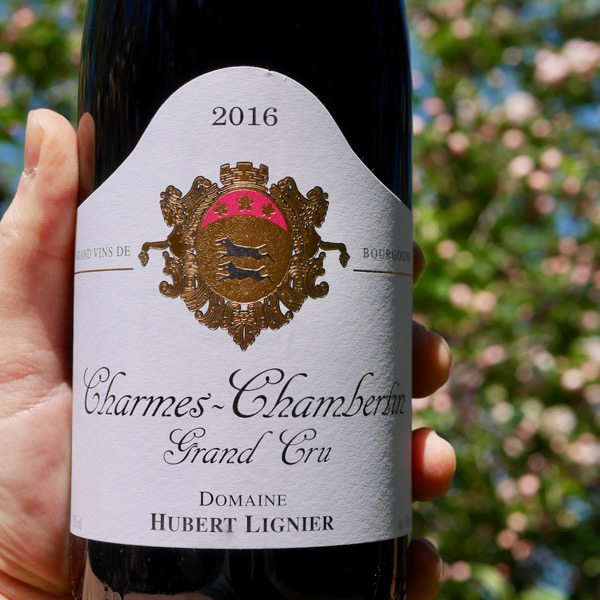 Surface area: 10 ares in the Mazoyères Haut vineyard area, planted in 1948.
Soil deeper than in Clos de la Roche and composed of clay-limestone and sand.
The vineyards are located next to Les Combottes, to the south of Charmes Chambertin.
The wines are characterized by floral scents, they are often elegant and delicate yet also possess the power and length on the palate worthy of a rather charming Grand Cru.

From millerandé 70-year-old vines in Mazoyères; vinified with 20% whole clusters. Good dark red. Dark cherry and spices on the nose, lifted by a violet high note. Very rich, savory, generous wine with dark fruit and saline mineral notes. More masculine and structured than the Griottes, as well as more concentrated. But in a somewhat tougher style, with its tannins accentuated by a peppery quality. Incidentally, the Ligniers lost 25 of their plants in this vineyard in April of 2017 when a car crashed into their parcel.