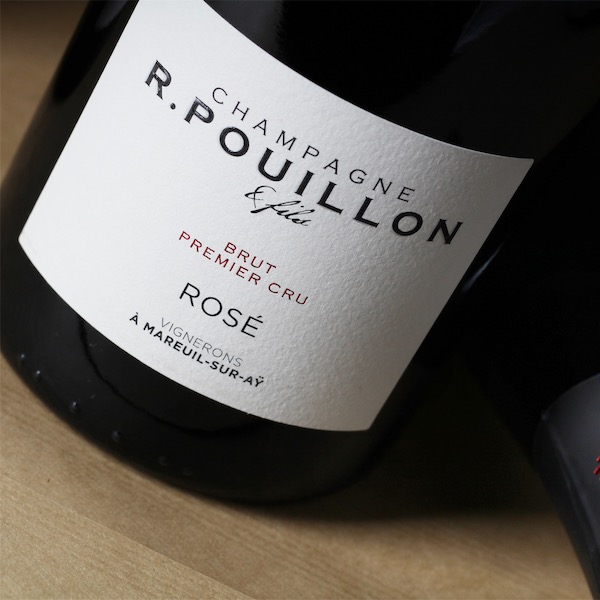 The Fabrice Session 🎧Podcast & 🎥Film are Inside! 👇🏼

Such a beautiful Rosé. If finding a good wine is hard, finding tasty Rosé Champagne is a true mission. There are so many tricked up hard angular wines. Fabrice has got it all going on here. Rosé made by allowing fruit skin contact rather than dosing a white wine with some Red really does appear to offer a much more refined result. This one has lovely fresh, yet developed, red fruits, a little savoury edge and so much more going on. The halmark Pouillon harmony and energy. Just that very slight edge of phenolics to add a playful something to the texture. Layered with a divine texture, great depth, length and juicy acid. It’s one to add to the list of Rosé to have on hand when you need a little of the Pink Link.

From 100% Pinot Noir in the premier cru Mareuil-sur-Aÿ. Fabrice macerates the juice on the skins for up to 12 hours before it is pressed and fermented in enamel. Then 20% of the juice is separated into neutral barrels and the rest is blended with the previous year’s wine which has aged for 12 months in barrel.