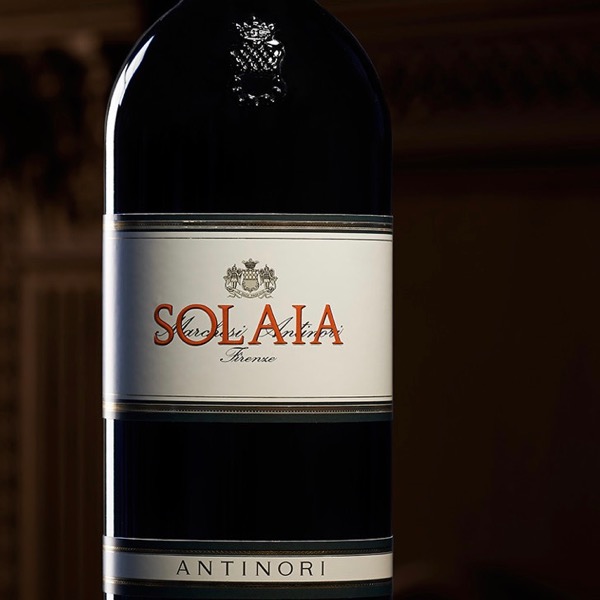 There are so many Super Tuscans made from Bordeaux varieties that do my head in. Somehow, they just don’t get it right.

Solaia is not one of them. Antinori kick out some exceptional vino under this label!

They continue to push and build silky tannins and finesse into the mouthfeel, with a focus on energy and vibrancy over the last few years.

Seems everyone else agrees with me on this one too!

Two thousand sixteen has turned out to be an extraordinary vintage for Antinori. The family’s wines in Chianti Classico are off the charts great. At the entry-level, the wines are incredibly delicious and have the added virtue of being made in large quantities, which means readers in many markets around the world will be able to enjoy them. The most improved wine is the Chianti Classico Gran Selezione Badia a Passignano, which now finally tastes like a wine of place, while at the upper end, both Tignanello and Solaia are truly majestic. The 2016s are marked by pure sensuality, with perfectly ripe tannins that feel like they aren’t there at all. What a fabulous collection of wines this is.

Upon arriving in the cellar, the grape bunches were delicately destemmed and the berries, before pressing, were carefully selected on the sorting table; here the attention to every detail insured that only perfect grapes went into the 6000 liter (1600 gallon) conical fermenting tanks.

The must was then slowly transformed into wine: during this phase it was necessary to exercise the maximum care to maintain freshness and fragrance without, however, neglecting the extraction of color, utilizing as well a management of tannins aimed at suppleness and elegance. Once the wine was run off its skins, it was put through a complete malolactic fermentation, which took place in small oak barrels to further bring out freshness and flavor pleasure.

The aging process continued in 60 gallon French oak barrels and lasted approximately 18 months. During this period, the various lots, fermented and aged separately on the basis of the grape variety and the vineyard conditions, aged properly and were then blended together a few months before bottling.

The History of Solaia

The Antinori family of Florence, one of the world’s oldest and most distinguished wine producers, has lived in Tuscany since the 14th century and celebrated its 625th anniversary as wine makers in 2010. The current company president, Marchese Piero Antinori, believes in the tradition that the primary role of wine is to accompany food and enhance the dining experience. In Florence, the Antinori family has led a “Renaissance” in Italian wine making by combining long traditions, a love of authenticity and a dynamic innovative spirit.

Solaia emerges from a handful of hillside blocks within Antinori’s vast Tignanello property in San Casciano Val di Pesa in the northern part of the Chianti Classico region. Like many cutting-edge Tuscan wines, Solaia began its lift as an experiment. In 1978 Antinori had a little more Cabernet Sauvignon/Franc for their Tignanello than they needed, so a small amount was bottled separately. The rest, as they say, is history. Pretty much.

Over the years, Solaia has been a good stylistic barometer for Tuscany. In the 1980s, Solaia was quite classic and Bordeaux-inspired. In the 1990s, ripeness and concentration were both given an extra push, while the 2000s saw a return to earlier harvests and a search for greater finesse.

1982  was the first vintage in which Solaia includes Sangiovese, an early precursor to how the wine would develop in the coming years.

The wines really entered the stratosphere with the 2004 Solaia the first of the truly epic modern Solaia. This is the first vintage in which the component wines were aged separately and blended towards the end of aging. That, along with more care in managing temperature in fermentation and aging, and the fabulous vintage combine to produce a super-silky, polished Solaia. Sweet, refined tannins and pure sophistication are the hallmarks of this era of dazzling, totally head-spinning Solaias.

From this point Antinori began seeking to elevate the finesse in the wine. In recent years, the winemaking team headed by Renzo Cotarello has shifted towards a style that seeks more energy and vibrancy in the wines than in the past, something that is very much in evidence in tasting through the 2015’s.

Speechless here. I thought the 2015 was already perfect but this is perfect, too. But in a different way. It is so structured and multidimensional. Full-bodied, powerful and intense with incredible tannin backbone and depth. The dark-berry, wet-earth, oyster-shell and mushroom flavors are phenomenal. 20% less production than 2015. Give it four or five years to come together. Try after 2025.

Like Tignanello, the 2016 Solaia is a wine of extraordinary nuance and finesse. Super-ripe blackberry, plum jam, espresso, menthol, licorice and sweet spice build as the sublime 2016 shows off its personality and breeding. The 2016 somehow manages to be incredibly deep and also light on its feet. Sweet floral and spice notes add the closing shades of nuance to an exotic, beguilingly beautiful Solaia endowed with an eternal finish and mind-blowing beauty. The 2016 is an epic Solaia. That's all there is to it.