View Offer Subject to availability. We'll do our best.

Jump to the reviews

Biondi Santi (Montalcino, Tuscany): The 2012 Annata is history – it is the last Annata Brunello made by Franco Biondi-Santi before his passing in 2013. Fittingly 2012 is a great Brunello vintage….

Biondi Santi remains a beacon for all that is traditional in Montalcino, although in recent years, the family has allowed some of the wines to become more accessible at a younger age, most notably the Rosso, and also, in certain years, the Brunello Annata. Antonio Galloni, Vinous Media

Despite its obvious upfront charm, this has real structure and depth and will age well. Easily one of the top three Brunellos of the vintage. Drink 2022-2036 94+ points Ian D’Agata, Vinous Media

The late great Franco Biondi Santi always said he wanted to make wines that were never old enough to drink, and the 2012 Annata we offer today illustrates how long-aging, cellar-worthy and infinitely beautiful his wines were. To enjoy a Biondi-Santi Brunello as Franco would, slowly aerate it before drinking: uncork the wine, pour out a small amount to increase the air-to-wine ratio in the bottle, and let the wine breathe slowly for approximately eight hours. Then, take your time to enjoy each and every sip.

The prestige of The Greppo dates back to the 19th Century, with the great wine culture of the family that owned this Estate, whose terroir has an extraordinary vocation for Sangiovese. Clemente began making wine using 100% Sangiovese and passed his wine knowledge to his nephew Ferruccio Biondi Santi, who, after the phyloxera came in the second half of 1800’s, isolated a clone of Sangiovese that gave birth to wines of extraordinary longevity. In 1888, Ferruccio produced the first bottle of Brunello di Montalcino.

The estate includes 47 hectares of land at The Greppo and 105 at Pieri. Only 25 hectares are cultivated vineyard of Sangiovese Grosso. The oldest vines, totaling 5 hectares, date from 1930-1970; 8 hectares from 1988-1989; 6 hectares from 2000-2001; the youngest vines were recently planted in 2004-2006. Fertile soils are usually not used. Marled soils with heavy stones have been always preferred by the family with southern, southeastern, eastern, northeastern and northern exposure.

The yield per hectare is kept low at 3-5 tons per hectare. The current production rarely exceeds 80,000 bottles, including about 10,000 bottles of Riserva, only made after exceptional harvests.

The harvest begins in mid-September and done exclusively by hand. Only the best grapes are destined to the production of Brunello, those from the vineyards that are at least ten years old for the Annata and those at least twenty-five years old for the Riserva. The second choice of grapes is used for table wine, sold in bulk. Only estate-grown grapes and wine vinified, solely, on the premises of the estate are used for production.

Until his passing in April 2013 at the age of 91, Franco Biondi-Santi, known as both “Il Dottore” and the “Gentleman of Montalcino,” ran the estate, producing nearly 70,000 bottles a year of classic, traditional, collectible wines. Biondi-Santi’s lean, aromatic and thoroughly remarkable Brunellos are best known for their incredible ability to age. Even 100-year-old Brunello from Biondi-Santi shows remarkably well.

Biondi Santi releases both an Annata, or normale bottling, and a Riserva bottling, making both only in good vintages and the latter only in great. While the Annata derives from vines between the ages of ten and 15 years, the Riserva derives from older vines between 25 and 80 years of age. sourced primarily from the iconic, historic Greppo plot. Grapes for both wines are sourced primarily from the Greppo plot, which consists of stony galestro soil intermixed with tufaceous clay. Biondi-Santi’s trademark aromatics and acidity, however, is attributable to the vineyard’s altitude that ranges between 1,300-1,600 feet above sea level. Both the Annata and the Riserva undergo fermentation in traditional Slavonian oak for 18 days, followed by aging in large oak casks of 800 to 7,000 liters for a period of two to three years, and the Riserva is released six years after the harvest.

Every once in a while, when visiting a specific wine region, I taste so many good bottles that I find myself thinking I might just turn in my author’s pen and start making wine (clearly, such dangerous thoughts last only a second or two before I come back to my senses). Most recently, this happened during my tastings of the 2012 Brunellos, when I tried one delicious example after another. Even more impressive, the 2012 vintage for Brunello stands out for its consistently high quality. I found more good to outstanding examples than in any past vintage and far fewer unfocused, unbalanced and high-alcohol wines.

The 2012 Brunellos are characterized by impeccable balance, vibrant acidity and fine-grained tannins. They are not especially luscious or fleshy, but they are blessed with precise aromas and flavors of mainly red fruits, blood orange and minerals, and will prove very ageworthy. For the most part, the wines are also lower in alcohol than the 2011s are. In ultimate analysis, the 2012 Brunellos might best be viewed as sharing some of the same qualities offered by the 2006 (but with a less overbearing tannic structure) and the 2008 Brunellos (but with higher alcohol), although a few producers I spoke with believe that the 2012s are most reminiscent of the very fine 2004s (for my part, I think the 2012s are less powerful and tannic). The new set of releases is a much better better-balanced and more fruit-driven crop of wines than the 2011s. This superiority is further demonstrated by the fact that many more estates plan to produce Riserva bottlings from vintage 2012 than they did in 2011. Ian D’Agata Vinous Media

This offer has expired, wines are subject to availability. We'll do our best to satisfy your tastebuds. 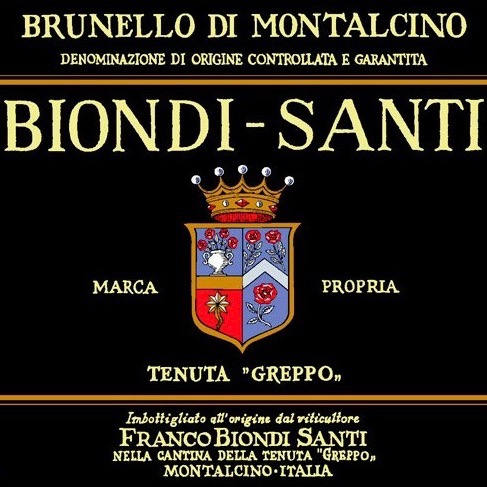 Mid ruby with orange tinges. Brooding, complex nose and very tight and compact palate. Succulent but very closed and with masses of fine tannins. It is a beautifully balanced whole, but right now a little austere and locked, yet more open than the 2011. The most elegant wine of this vintage. Drink 2022-2036

Bright red. Fresh, complex aromas of sweet red berries, pomegranate, sour red cherry, orange peel, violet and brown spices. Bright and juicy, with building density and multilayered flavors of sour red cherries and raspberry, complicated by a hint of peach. Finishes long and clean with strong mineral and floral nuances. This is an extremely fruity and remarkably ready to drink Brunello for this property, known for tough as nails wines when young that normally require lots of patience. Still, despite its obvious upfront charm, this has real structure and depth and will age well.Easily one of the top three Brunellos of the vintage. Drink 2022-2036

Love the dried lemon rind, florals and red fruits. Medium to full body and a solid core of fruit and spices. Long and flavorful finish. Just a hint of sweet tobacco. Better than 2020.

Biondi-Santi is the royal family of Montalcino. The Biondi-Santis have been cultivating grapes and making wine here since at least the mid-1800’s. In the late 1800s, Ferruccio Biondi-Santi, the son of Clemente Santi and Jacopo Biondi, isolated a clone of Sangiovese, known today as Sangiovese Grosso, and began vinifying it on its own, without white grapes, as was then the custom. In doing so, Ferruccio Biondi-Santi invented the wine known today as Brunello di Montalcino. Thus begins the modern-day history.

For most of the last several decades, Il Greppo was managed by, Ferruccio’s grandson, Franco Biondi-Santi. It’s still hard to believe that Franco Biondi-Santi, the patriarch of Montalcino, passed away in early 2013. Every time I visit Il Greppo I expect to see him, but of course it never happens. Always calm, relaxed and impeccably dressed, Biondi-Santi exuded a warm, welcoming personality informed by an aristocratic cordiality from a long-gone time. Visitors were brought into a sitting room for a leisurely chat, after which Biondi-Santi would lead the way into the cellar. For all the years I knew him, when his health allowed Biondi-Santi always conducted the tastings himself, meticulously instructing his cellar workers as we moved from cask to cask. Antonio Galloni, Vinous