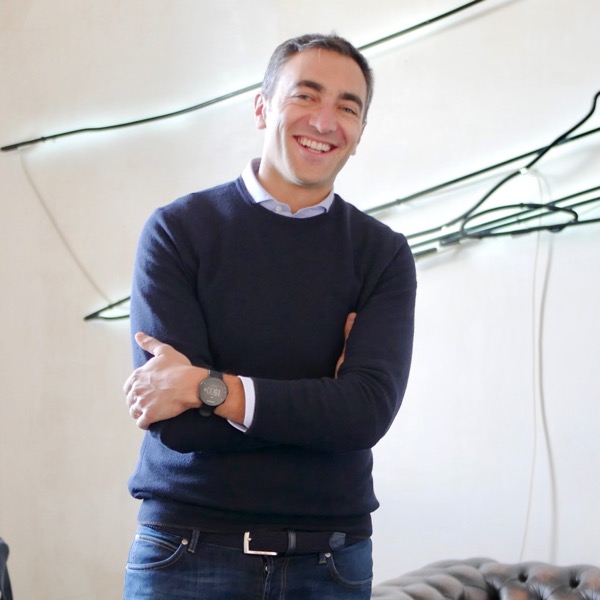 Wine Bite with GD Vajra! 3-Pack of Reds from Piedmonte

If you had a wishlist of wine legends to teach you about the red grape varieties of Piedmont: Dolcetto, Barbera, and, Nebbiolo, Vajra would be right up there!

All wines are available individually too!

All of Vajra’s Wines!

The second Piedmontese Triology we share, Dolcetto, Barbera and Nebbiolo in one pack with Vajra’s collection of these wonderful varieties.

With 3 wines from the one producer, all from impeccably tended vineyards, that have no overt oak character, and, have been wisely matured pre-bottling, we have a great opportunity to see each of the varieties express itself without interference from non-grape based influences, such as oak.

Vajra is one of those producers that, across their range, manages to deliver sophisticated, fun wines that are great expressions of fruit. Thankfully, unlike many, Giuseppe understands restraint and oak!

The Vajra family has quietly amassed a serious collection of vineyards that make them one of Piedmont’s larger, family-owned estates, something they have accomplished while maintaining the already high level of their entry-level wines. Every wine in the range is absolutely delicious and full of personality. I can’t recommend these new releases highly enough. Antonio Galloni

Tasting in Context & with Contrast

The Context – Red Grape Varieties of Piedmonte made by GD Vajra.

The Contrast – Dolcetto vs Barbera vs Nebbiolo

What to look out for

If you really want to get your head around these wines, taste all 3 in one go

It makes it so much easier to find the differences and helps you to appreciate each wine’s qualities. Having a glass for each wine is the way to go!

If you’re up for it taste them all at once with some scaly mates. Don’t fear they’ll last for a couple of days open.

Tasting Order: This can be challenging, normally you’d taste by increasing fruit weight, and, increasing tannin. In the case of the Nebbiolo it will have the greatest amount of tannin, and, perhaps the least, apparent amount of fruit when placed next to a more immediately opulent Barbara. Putting it at each end of the spectrum!

Examine a good one closely and you’ll realise, like Burgundy, it is playing that trick of placing wild, intense flavour behind a restrained, elegant facade.

Acid: Highest in the Barbera, Nebbiolo in the middle, lowest in the Dolcetto. If you’re not sure what acid is, think of the difference between straight water and water with a squeeze of lemon juice in it.

Tannins & Texture: Highest in the Nebbiolo, then the Dolcetto, most supple in the Barbera.

When your tasting, think about the 5 elements below, they’ll make it simple and ensure you cover off the important aspects of good wine. We’ll be exploring these in detail in a series of posts for members only soon!

Guiseppe talks us through the Dolcetto and Barbera below:

🍷Decanting: All of these wines will benefit from being thrown in a decanter, particularly in their youth. If you’re using a Coravin or other wine preserver, pour enough into each glass to be able to try them over the course of several hours. These young reds will open up and be more expressive with a bit of time in the glass.

⏳Time: I love trying good wines stand alone, with food, and, often the next day. It gives them the chance to shine and ensures you don’t miss a good wine through impatience or fail to bring out it’s best by not marrying them to food.

🕯Cellaring: The rules of thumb for cellaring differ for each of the varieties and producer depending on their sites, quality of fruit and winemaking methods. These recommendations are specific to the three wines presented in this offer. Each of Vajra’s wines are drinking beautifully now, a testament to a skilled maker, one who clearly understands the interplay between oxygen, fruit, and, tannin!

The Best 2 Options for Preserving your Wine:

Hit the restaurants in Alba at lunchtime and you’ll see plenty of Dolcetto on the table.

It’s widely planted throughout the Langhe, the broader region within which Barbaresco and Barolo rest.

It is also grown in Liguria under the name Ormeasco, and, in the Oltrepò Pavese, where it is confusingly named, Nebbiolo or Nibièu. The only DOCG (highest Italian classification) is Dolcetto di Dogliani. The wines of Alba, home to Barolo, being classified DOC, but, perhaps the finest of all of the Barberas.

Lower in acid, ripening weeks before Barbera and Nebbiolo, allows it to be planted in higher, and, cooler sites. Getting the tannin ripe is essential.

The wines tend to have deep dark colour, opulent fruit and age well over around five years.

Dolcetto tends to have darker, black fruit characters, with an earthiness, and, fruit derived (not oak derived) woody character. Rich in mid-palate fruit, they often have an edge of rustic, fun, tannin. Many producers make Dolcetto that is a little raw, not developed enough prior to bottling to present as a complete wine.

The best like Vajra, Voerzio and Cavalotto make wines that have undergone a full élévage and have an extra layer of poise. This time, tames the fruit, giving the wine enough oxygen to take the raw edge off it, balancing it with a decent layer of softer tannin.

Barbera, pronounced bar-BER-uh, was one of the great wine travesties of our time. The increasing popularity and price of Nebbiolo wines, particularly Barolo and Barbaresco, saw old plantings of Barbera in the great sites ripped out and replanted to Nebbiolo.

There have been notable exceptions, Voerzio & Vietti, being two. When charged with ordering vine material to re-plant parts of the Scarrone vineyard by his father, Luca, being a little mischievous or perhaps simply strong in his convictions, instructed the nursery to send Barbera instead of Nebbiolo. He knew the vines would look similar in their youth! As they established his father identified them as Barbera, in a rage, he contacted the nursery – “Why had they sent Barbera vines not Nebbiolo?” The nursery presented him with an order for Barbera signed by Luca!

60% of Barbera, Italy’s 3rd most planted variety resides in Piedmont. Plantings exist in Lombady and Emilia-Romagna and some southern Italian sites. The areas North and South of Monforte d’Alba, including Voerzio’s planting, producing the best Italian Barbera.

Barbera has a vibrant red colour, fresh red berry aromas and flavours, is luscious, with fresh acidity and supple tannins. As it matures it develops earth and often truffled secondary characters. It is truly a thing of beauty when left to rest in a good cellar until maturity.

On three separate occasions, devouring verticals of the Barolo from: Giacomo Conterno, Roberto Voerzio, and, Vietti, their Barberas have shone through as some of the best wines of the night!

Nebbiolo, pronounced NEH-bee-oh-low, is such a unique variety. The name is derived from the Italian word Nebbia meaning fog. To theories for the name exist. The first that it refers to the fog that the vineyards of the Langhe are often immersed in. Second that the natural bloom that covers the grapes gives them a foggy appearance. Given the latter applies to most red grapes I prefer the former! There are 4 main clones of which Nebbiolo Lampia dominates over  Nebbiolo Michet, Rosé (now proven to be a different variety), and, Bolla.

Southern central and north Piemonte: Langhe including Verduno, Roero, Ast, Carema, Biella, Novara and Vercelli. It is also grown in the lower parts of the Valle d’Aosta where it is known as Picotendroi, and, Lombardy amongst others.

Then you smell it! The aroma of most red wines is dominated by fruit characters. In contrast, Nebbiolo’s aroma is typically a mix of complex secondary aroma, earthy, tary, spice, rose, citrus peel, woody herbs like rosemary, liquorice, phenol, dark chocolate, tabacco, truffles, leather, and, dark cherry fruit, often more evident on the palate. You’ll see this difference immediately comparing the Barbera and Dolcetto in this trilogy.

Where in the World do Vajra’s Wines Come From?

Vajra’s has vineyards in and around Barolo, Novello, Sinio and Serralunga.

2016 was a beautiful, classic vintage. Locals called it “a farmer’s year” for what is a very rare combination of high quality, purity of aromatics and generous crop. After a mild winter, temperatures dropped in March with a lot of rain that enriched the water reserves. Flowering was abundant thanks to the gentle weather conditions, shaping the vintage into one of lift and energy over concentration. Night temperatures remained low throughout the Spring, and phenological ripening was delayed until the very end of the summer. It will be reminded as one of the longest-lasting vintages of recent days, with picking starting in September and well into late October, similarly to 2004, 2008 and 2013.

2017 was a vintage of rich wines with plenty of energy and aromatics. After a mild winter with little snow and an anticipated vegetative development, temperatures brutally dropped around mid April, causing frost across Europe (4/19th-20th). The Vajra vineyards were entirely spared from the ice, being located at high elevation, with our immense relief and gratitude. Starting May, weather turned stable. Days were hot but nights cooler than in 2003 or 2011. The major diuturnal drop preserved the vines from water stress, despite little rainfalls. High elevation sites received more water too, contributing to a very healthy balance for the vines. By early September, night temperatures dropped even further, enhancing phenolic ripening while slowing down sugar accumulation. Average time between bud break and ripening was of 185 days. As a reference, ‘hot’ vintages lengthen 170 days and ‘late’ vintage 200 days (source: Consorzio Langhe).