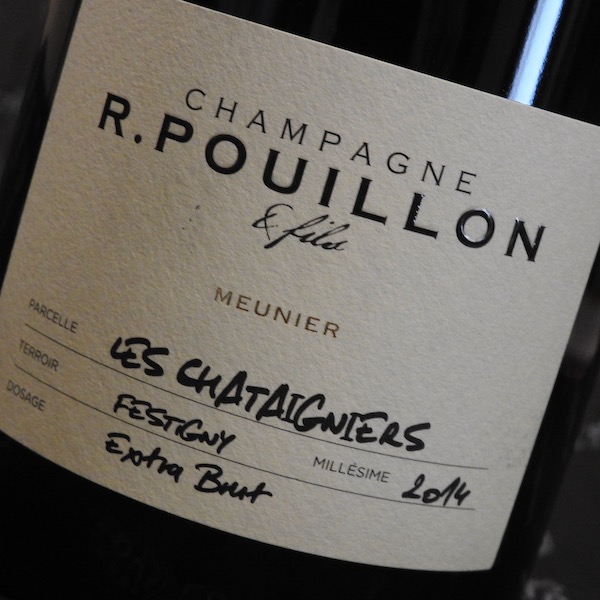 Hanging to do a side by side with Pouillon's Meunier and Prévost's. To excellent makers two different styles! The Fabrice Session 🎧Podcast & 🎥Film are Inside! 👇🏼

Like all of Pouillon’s wines, this is superb. Fine, delicious, so together with incredible harmony. Not as Oxy as Prévost’s, it still has an oxidative note. The core of fruit is there, easily carrying it. Excellent vinosity, pure, fine, long red berry fruits. The texture dances across your palate. Beautifully layered, with incredible power, and, at the same time delicacy!

Loaded with personality. This is a rare beast!

From 100% Pinot Noir in the premier cru Mareuil-sur-Aÿ. Fabrice macerates the juice on the skins for up to 12 hours before it is pressed and fermented in enamel. Then 20% of the juice is separated into neutral barrels and the rest is blended with the previous year’s wine which has aged for 12 months in barrel.