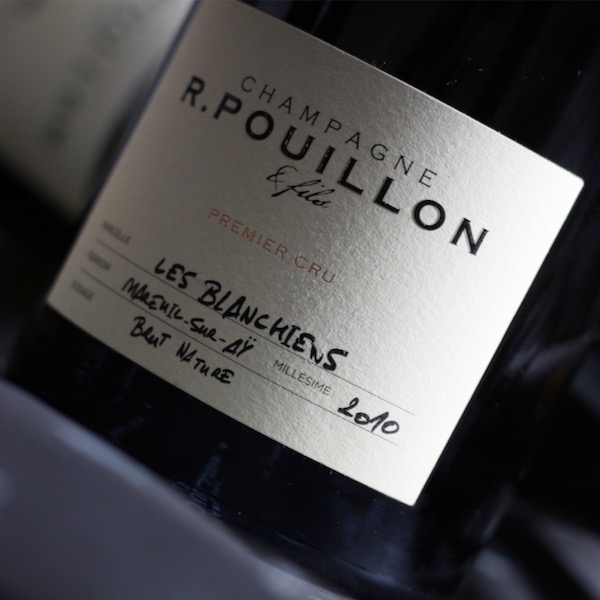 This is superb. So fine and delicious. Such harmony is not common, the Pinot and Chardonnay are playing together beautifully. It has just the right level of oxidative vinosity, so well supported by a core of fruit that has great length and depth. I keep coming back the the harmony, layers of complexity and balance. Will the Pinot seems to be the dominant, as would be expected in the front and mid-palate, the line and length from the Chardonnay and the mineral nature to this wine are stunning!

‘Les Blanchiens’ is a mono-cru in Mareuil. This wine is an equal blend of Pinot Noir and Chardonnay, fermented separately in use barriques.