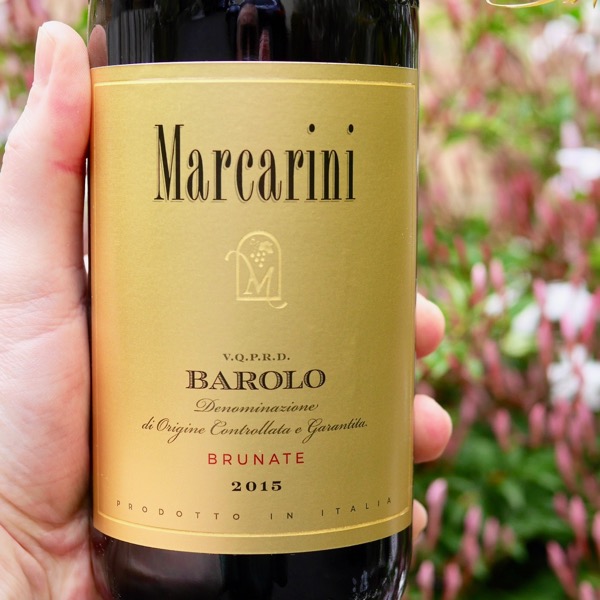 Yes, the more Masculine of the 2 Marcarini Cru, not, Masculine in the context of other Communes where structure is much more of a defining character.

Yes, the more Masculine of the 2 Marcarini Cru, not, Masculine in the context of other Communes where structure is much more of a defining character.

Darker and more brooding at the moment than the La Serra. There’s an extra dimension to the tannins, a little dusty, chalky feel to them. Spice, earth, black fruits and little tar. Still the generosity of the Communes showing with a little chocolate playing. This looks like trademark Marcarini Brunate and will reward a few years. You’ll see it resolve, layer in secondary characters and feel oh so comfortable in its skin.

It’s amazing how often I’ve had a Marcarini in a line up of Barolos and it has ended up performing exceptionally well.

The push to reduce the volume and lift the quality of the 2 Cru shows!

There’s been a few invigorating changes at Marcarini recently. Manuel’s talented offspring have joined forces with their father to breathe new life into the winery.

Lots to love here, but the most significant changes relate to the Barolos. They’ve introduced a new entry level offering – Barolo del commune di La Morra – to join the line up.

As a result of this new addition, La Serra and Brunate have both been reduced by around 8,000 bottles with careful attention being paid to the vineyard selection – and the wines are now being released a little later than they were before.

For several generations, the Marcarini family has owned a considerable part of the Brunate vineyards; Brunate has been recognized as one of the Langhe’s most important cru zones since the 1300s, and today is officially recognized as a Menzione Geografica Aggiuntiva. This precious denomination has been indicated on our bottles since 1958.

From 2015, to improve the quality of our Barolo, we select the grapes during the harvest. As far as wine production methods are concerned, we are proud to call ourselves “traditionalists”. We aim to be rigorous and demanding during our work in the vineyard, have a low yield per hectare, harvest the grapes when they are completely and perfectly ripe, and carefully select the grape bunches utilized in vinification.

The fermentation is strictly controlled, and the maceration of the must in contact with the skins lasts for at least four weeks. When the malolactic fermentation is completed, the wine ages in medium-sized oak barrels (20/40 hl) for at least two years. Overall, it is subject only to traditional winemaking.

Vintage 2015 was the complete opposite of the cool and wet 2014. Summer was very warm, although the vines were able to draw on ample water storage thanks to heavy winter snow, and just when it looked like another 2003 was on the cards the weather cooled in late August and conditions until harvest were near perfect. In Alessandro Masnaghetti’s book Barolo MGA, Volume II, the data shows that 2015 was warmer than the ten year average of 2007-2016, yet September and October were cooler than the ten year average. 2015 presents as a warm vintage with rich and ripe fruit, but there is also considerable tannin and acidity to the wines, something that sets it apart from recent warm vintages like 2009 and 2011. The wines are incredibly open and approachable now, delicious in fact, and they will age well over the medium term. It might not be a vintage for twenty-thirty years in the cellar however that’s not a bad thing as there are plenty of vintages, past and future, for that.

Where in the World are Marcarini?

Marcarini’s two Cru vineyards, Brunate and La Serra, are mostly in the commune of La Morra with the Brunate Cru crossing into the Commune of Barolo.

From one of the most celebrated vineyards in the denomination, this stunning red opens with enticing scents of rose, camphor, aromatic herbs and a whiff of sandalwood. The succulent, elegant palate delivers juicy Marasca cherry, crushed pomegranate, licorice and sweet tobacco framed by taut, polished tannins. It's nicely balanced by fresh acidity. Drink 2022–2032.

Aromas of pralines, tar and ripe fruit follow through to a full body, with lovely density and richness. Very velvety and plush on the finish. Gorgeous already, but shows lovely length and breed. Drink in 2021.

The 2015 Barolo Brunate is powerful, dense and tightly wound. That should not be much of an issue, as the 2015 will be released later than normal, a path
Marcarini will take gradually over the next few years with the goal of releasing the wine two years later than they had previously. Dark and hulking in the glass, the 2015 is clearly not in the mood to show all of its cards today. Iron, smoke, menthol, game, dried rose petal and soil tones give the Brunate its brooding, inward personality.