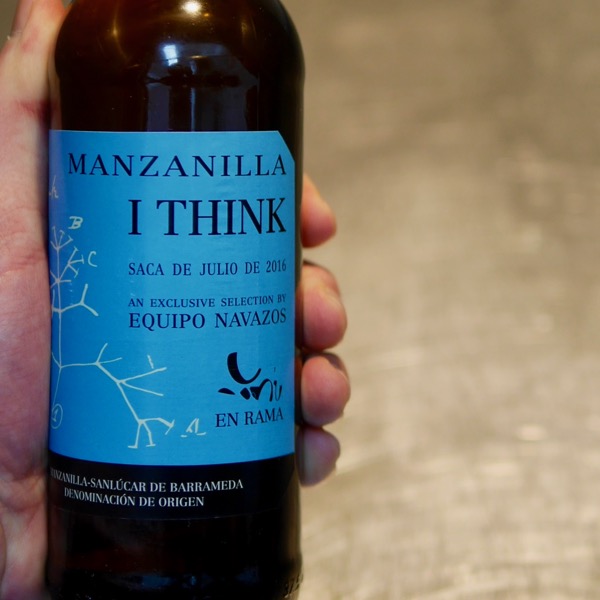 Another Coup from Equipo Navazos!

The perfume is entrancing with peaks that exceed an "entry" level Manzanilla. Now a staple in my fridge!

Manzanilla, is Spanish for chamomile, although not a character I pick up in the wine, it is certainly floral, with great vibrancy. Aged for 4 ½ years, and, bottled after the lightest filtration (en rama), this is a superb wine of great depth, sophistication, and, power, in part from fortification to 15% alc. The perfume is entrancing with peaks that exceed an “entry” level Manzanilla.

You can learn more about Equipo Navazos and their search for excellence in the Wine Bites Mag Article “Equipo Navazos a wine La Botamay. Literally Mind Blowing Wine.”

Manzanilla, is much the same as Fino, produced and matured only from the area around Sanlúcar de Barrameda. The Solera system is often run in a slightly different way. The climate of the area, close by the sea encourages a thicker layer of flor yeasts on the wine, reducing the rate of oxidation & glycerol production (glycerol is an alcohol that give rounder mouthfeel). The wines tend to be fresher, and finer than their fino counterparts and exhibit a certain saltiness that arguably comes from it’s proximity to salt water.

Listen as Jesús Barquín explores his Manzanilla “I Think”

Not long ago we received the request to select a racy manzanilla that should be younger and less radical in profile than our different releases of the “La Bota de…” series—yet bottled preserving the original authenticity (color, intensity, and aromas) of the product as served straight from the butt.

It came through Paul Shinnie from RHONE TO RIOJA, who decided to boost the project, in the conviction that it is about time to expand the availability of real manzanilla to a larger number of British wine lovers than the limited circle of connoisseurs who have access to our extremely scarce releases of La Bota de Manzanilla. We accepted the challenge with enthusiasm and the sincere hope that our little grain of sand will contribute to the wider knowledge (and hence appreciation) of traditional Andalusian wines—and especially the fascinating biological ageing styles—by wine lovers all over the world.At EQUIPO NAVAZOS we are determined to extract the full potential of biological ageing under flor at natural (unfortified) abv. It was following that path that the white Navazos-Niepoort was produced for the first time in 2008 (there are quite a few vintages out in the market by now). More recently we have started a number of experiments ageing in butt and vats, using both Palomino Fino and Pedro Ximénez sourced from different terroirs in the Sherry district and Montilla – and even other non-commercial projects in Spain’s northeast and northwest.