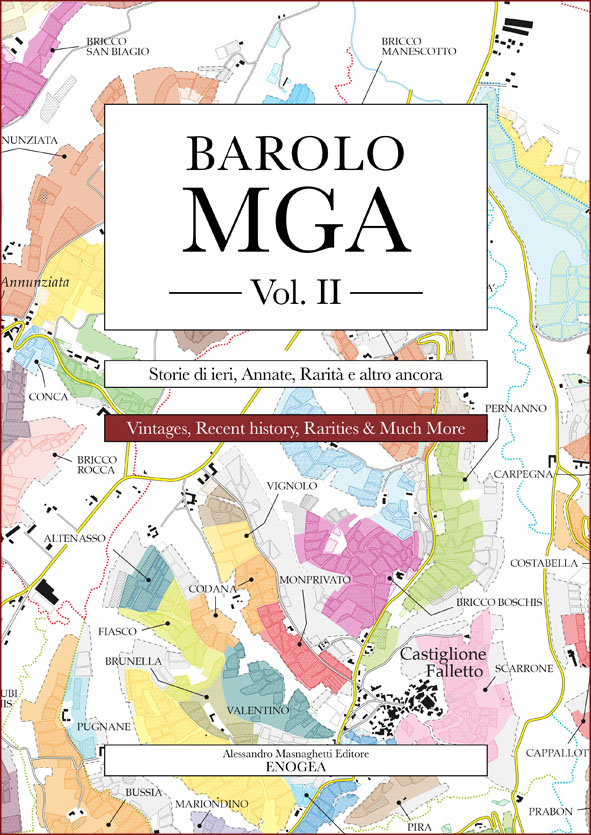 A book like no other wine region in the world has never had before!

A must have for wine lovers and professionals.

THE PERFECT COMPANION OF BAROLO MGA VOL I

Size A4
284 pages + a folder containing: the MGAs map (2017), the MGAs map (1970), the harvest periods map (size 59×84 cm)
The production zone and the evolution of its confines from the first decades  of the 20th century to the DOCG appellation
The map of the vineyards as they were in 1970
The last 18 vintages described in detail with their temperatures, rainfalls, and harvest periods
130 MGA crus mapped and catalogued on the basis of their harvest periods
The harvest dates records of some of the most prestigious cellars
The winegrowers in Vignarionda from early 20th century to 2018
The integral text of the essay of Ferdinando Vignolo-Lutati on the delimitation of typical wine zones (1929)

“Alessandro Masnaghetti’s Barolo MGA Vol. I and Vol. II are a breathtakingly researched, indispensable books for wine lovers who want to take their knowledge of Barolo to the next level.”